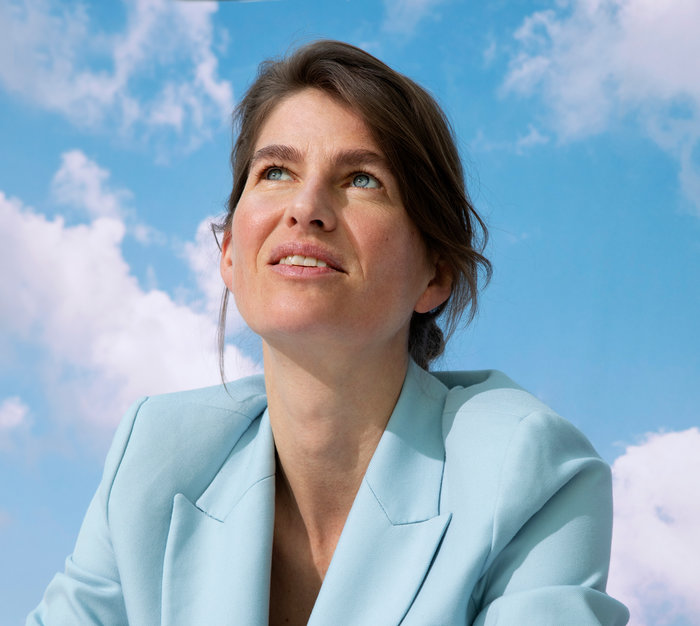 “Menstrual hygiene day should be called menstrual health day. It has nothing to do with hygiene!” Maria Mansvelt Beck exclaims over our Zoom call. We’re 20 minutes into a lively conversation on periods, which is a bit ironic considering the taboo around menstruation, a topic that dominated most of our chat. Many of us are all too familiar with the awkwardness that surrounded our periods as teenagers, and perhaps still does today. You might have hidden your pads up your sleeve (like I did), or said: “that time of the month” instead of period, in a desperate attempt to dance around the real word as if it were a grumpy guy blocking the dance floor. If this is the case, you’ll probably agree, it’s time we talk about periods.

And there’s no better person to talk to than Mariah Mansvelt Beck. After being diagnosed with a developmental stage of cervical cancer, Mariah took a mindful approach to her period. She co-founded Yoni, a brand that shakes up the traditional femcare industry with its transparency and organic period products. Through her work at Yoni, co-authored book and appearance on countless interviews like this one, Mariah continues to challenge the taboo around menstruation, one real word at the time.

Let’s start at the beginning. How did you experience your own period as a young teenager?
I remember being quite happy to get my first period because I was worried about being the last one or being left out. So I was happy to fit in.

Now you’ve co-founded Yoni and also co-authored a book titled: V - Van vulva tot vagina. I can imagine your relationship with your own period might've also shifted. What’s it like now?
Definitely. Since I turned 30 and the seed for Yoni was planted in the experience of having a developmental stage of cervical cancer. I started to get more interested in my period because before then, I was on the pill for 15 years. So my period wasn’t really my period, which also caused me to think that bleeding a bit in-between periods was due to the birth control I was on. So when I turned 30, I immediately decided that I was going to stop taking birth control and that I wanted to experience my actual period for the first time in many years. I’ve experienced and tracked it for years now. That was a big change in how I chose to deal with my period.

Yeah, it's interesting you say that. Back when I wasn’t on the pill, I noticed that my period and my cycle told me how I was doing, physically. It teaches you so much about your body.
Definitely, I can tell whenever I get my period earlier or later, I know that there's been something going on to change that. For anyone interested in reading more about periods, aside from the book I co-authored, I recommend Maisie Hill’s book: Period Power. It explains how your energy rises and falls over the course of your cycle. She illustrates that as seasons, so your ovulation is your summer, then fall, then your period is your winter and then you come into spring. I found that very useful in understanding how I can take better care of myself. So, now I can tell that I generally tend to get sick right before or on my period, rather than any other time.

That’s definitely interesting! So, what would you say is the most surprising thing that you learned about periods during your research?
There are a number of surprising things. Yoni started from my experience with my own health and the lack of transparency in period products, which cater to so many women every month. So a tampon might have a plastic layer over it, or pads might be perfumed, and these ingredients are not mentioned on the boxes. I thought that was so strange for a product we use in such an intimate area. The other surprise was the taboo, and how that affects different women’s and girl’s experiences. I’ve heard stories of women who would pack their pads in wrapping paper. Or stories about girls who kept their periods a secret from their parents for years. In the Netherlands, probably no one will die from the taboo around menstruation. But, it does influence your confidence. That’s why I think it’s important to educate, show periods not as something to be ashamed about, but something that’s a part of life and an important marker of health.

I believe that period products, primarily how they communicate, play a big role in either reinforcing or breaking that taboo. How do you play into that as Yoni?
In my mind, the industry has built upon that taboo around menstruation, positioning menstruation as a problem, something you don’t want anyone to see, hear about or smell. Traditional brands then offer a solution in the form of perfumed products, douches, non-leaking products… Their marketing plays into that taboo too: Traditional brands never say ‘vagina’ or ‘period’ on their boxes, so we were already taboo-breaking by simply using these words on the packaging of a product that is exactly for that. The industry also stereotypes, think cliche’s like blue fluid, white leggings, running in a daisy field or dancing ballet in a white tutu. So, we found a huge amount of space to do something more creatively, fun and different. Something that puts a smile on our face but also questioned the taboo.

I like how you addressed language as well because I think language plays a big role in how we relate to periods. In addition to putting words like vagina or period on the box of period products, how do you use language in relation to periods?
For example, ‘menstrual hygiene day’ should be called ‘menstrual health day’. It has nothing to do with hygiene!

I thought about that recently. Like, why do we call it hygiene? That’s weird as if periods are “unhygienic”.
Yeah, it’s playing into the taboo as if it’s something inherently unhygienic, that’s with feminine ‘hygiene’ care too. I call it femcare if I have to call it anything, but I find all of these words lacking. A lot of the words period products use, make periods more medicalised than normalised. Whereas I think we should normalise it.

Bringing me to my next question: There are over 5000 euphemisms for the word period, illustrating how hard it is for people to discuss them. Why do you think people prefer using a euphemism over the real word?
It's avoidance, it's like being in a confrontation with someone and you’re both beating around the bush, not addressing the huge, purple elephant in the room. That’s also why we called the book: Van vulva to vagina because a lot of women don't even know what the difference between a vulva and vagina is.

Have you ever used a euphemism for periods?
In the yoga world, people sometimes call their periods their moon days, and because I’m also a yoga teacher I might have also used that word… way back in the day. Otherwise, I've never been a big one for euphemisms. Of course, not everybody has to have thousands of interviews about periods like me. But, it’s good that you can verbalise it, with an intimate partner or a doctor, for example, it’s important to have the language.

I think you mentioned in a previous interview that the word ‘taboo’ originates from the Polynesian ‘tapua', meaning both ‘forbidden’ and ‘menstruation’. Is that true?
As far as I’ve found in my research, it’s true. You can see in all kinds of religions that there has been this taboo around menstruation. There were rules to regulate menstruating women. This can be explained by the fact that menstruation wasn’t understood for so long. Actually, a lot of animals don’t menstruate, except for a few monkey’s, a bat and some others. But, for example, dogs or cats bleed when they’re ovulating. So because menstruation wasn’t understood it was seen as potentially magical, but also dangerous. So people want to control that.

You also previously mentioned that Yoni doesn't only advertise in ‘women's spaces’, but also, for example, on the men's toilets. Why do you think it's important to educate everyone on periods and not just the people who have them?
For one, there are some men, people who identify as men, who also have periods, as you just said correctly. But also, we’re never going to break the taboo if we’re only breaking that taboo with women. All of us will have to feel comfortable speaking about periods. From the start we’ve had male fans, most men are quite shocked to hear that normal femcare products don’t have their ingredients listed.

Last question: What advice would you give to people to become more comfortable with periods?
If you’re someone who menstruates or could menstruate, I’d recommend checking out Maisie Hill. She's written a number of useful resources about your cycle, getting more in touch and working with your cycle. If you’re someone who’s never going to menstruate, but you have a partner who does, I recommend having a conversation about it. If you have children, girls or boys, those are conversations you should have from a young age. For example, my daughter is 6, so every conversation around her vulva, vagina, menstruation is not sexual in any way. She doesn’t have hormones yet, but she does see her own body and my body. So, it’s about setting your child up with the language to be able to have conversations herself when she gets older… and she might not want to speak to me as much.

What is the craziest period euphemism you've used? Let us know and win your choice of TITS shirt and Yoni products!